Check out the virtual launch event for LOVING Large! 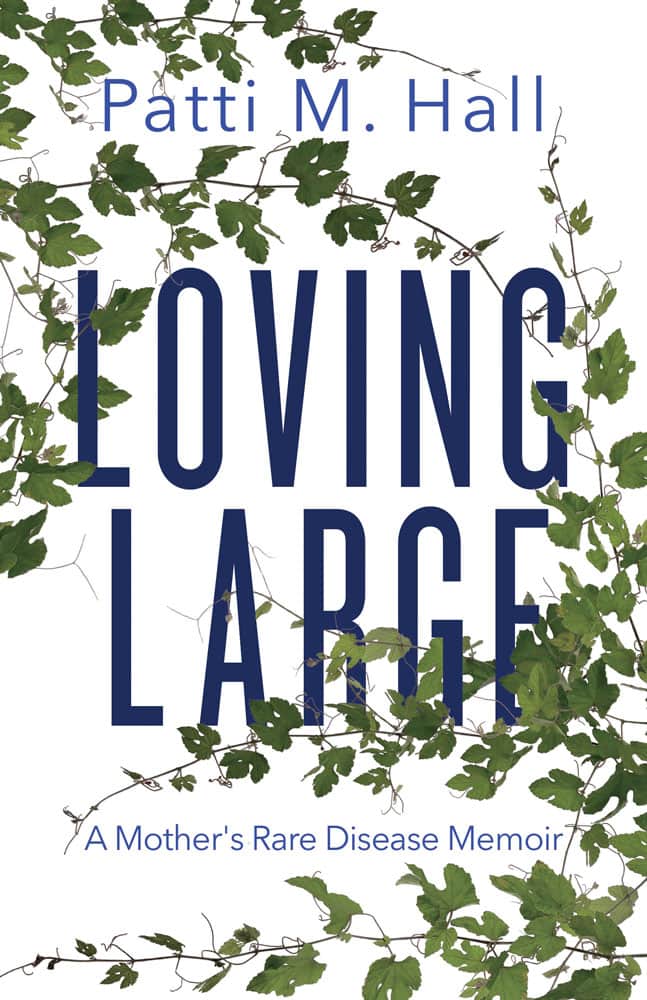 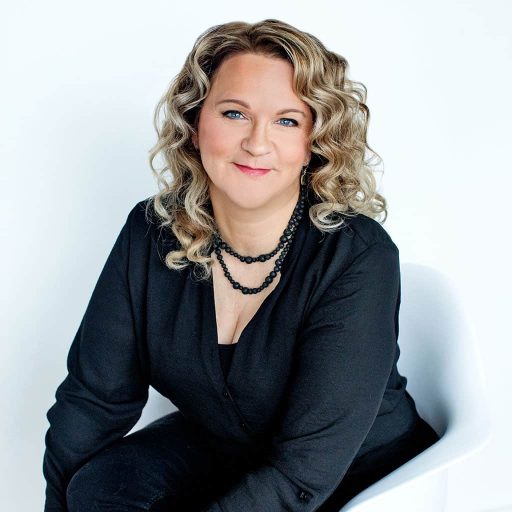 If not me, then who will save my child?

A mother must confront the unthinkable when her son is diagnosed with a rare medical condition.

Patti’s attention shifts fully away from her relationships and friendships as well as her own career and health. Her new normal sees her step into a dozen roles in addition to mom, including nurse, researcher, advocate, risk assessor, and promise maker, while she struggles and fails to rebuild her life as a freshly divorced woman. Adrift on the journey together, mother and son forge a connection like that of marooned shipmates.

In Loving Large, Patti’s voice exudes wit, wisdom, and humour as she discovers that resilience is learned and that the changes experienced in the aftermath of crisis can often create the greatest opportunities.

Read an Excerpt from the Book Expand

I was on duty again, my grown son’s Grizzly Mom.

Aaron was mildly bothered. He didn’t want to be recalled to the downtown hospital for frequent blood work that would be required to begin the new drug regime. He was annoyed. I was terrified. There we were at the crossroads of our present and our past, each responsible for how we’d managed during the scariest years and both wondering how the roles might work if a new health crisis was upon us. I was sucked into the medical TARDIS, back to the skills and the fiercely curious posture I’d adopted before. And deep within me the low rumble of the fear mantra was on repeat: Please, not my baby … Please, not my baby …

It all came rushing back. The blurred years of depression, the career goals I’d long since packed away, the choices I’d made, and I saw only the quiet, lonely, compartmentalized life I’d settled for. I felt like one of those Boxing Day shoppers careening maniacally through crowded aisles of electronics, shoving stacks of boxes, people, and carts out of my way. I needed answers NOW! It was bigger than me; it was all the love I’d ever known poured into whatever actions I could muster to ascertain what had caused Aaron’s clinical team to prescribe a drug we did not know he needed. I birthed a crisis that was mine because it was his. I logged into the hospital medical portal and line by line combed the pages of clinical notes and more than thirty blood results. I learned that Aaron’s growth-hormone levels were no longer responding to treatment. His graph line was climbing. He hadn’t felt the symptoms yet, but his proactive endocrine team implemented an aggressive drug combination with the hope that it might have results before Aaron felt the disease’s effects.

Please enter your name.
Please enter a valid email address.
I Want It!
Something went wrong. Please check your entries and try again.

When Patti Hall's teenage son Aaron is diagnosed with acromegaly--gigantism, a life-threatening rare genetic disease, their whole family is thrown into chaos. Hall writes Aaron's story through a lens of such powerful love and unrelenting conviction, that the story becomes a collective, breathless race for a cure. This heartrending story of a devastating childhood illness is elevated by Hall's humor, her clear explanations, and her remarkable love for life and family. Loving Large tells the powerful and evocative story of a mother and son going to war against his rare disease, and truly it's a fight you don't want to miss.

Joselin Linder, Author of The Family Gene: A Mission to Turn My Deadly Inheritance into a Hopeful Future 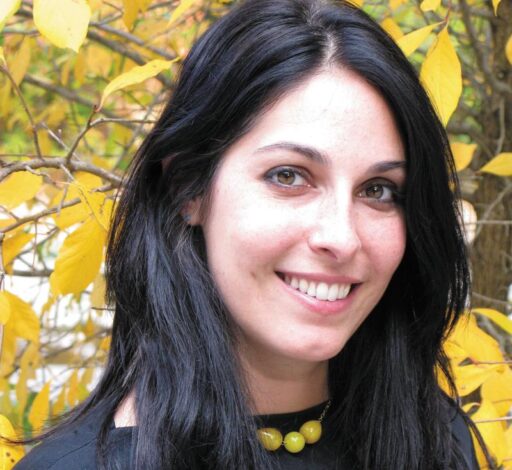 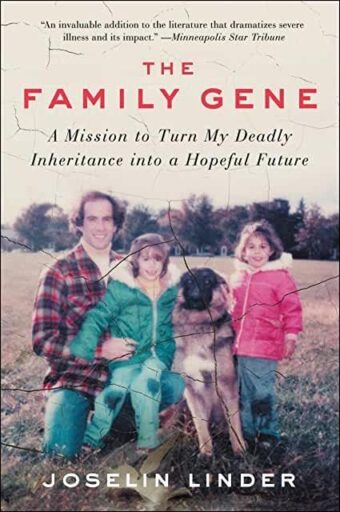 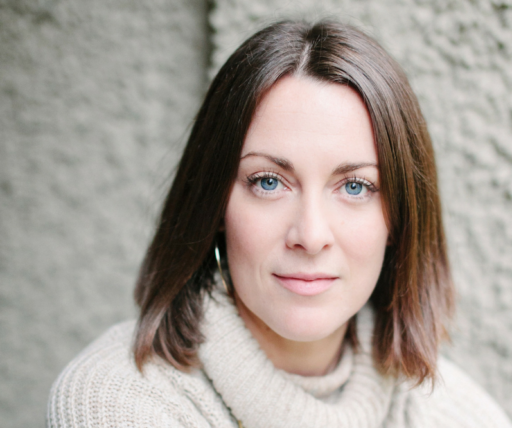 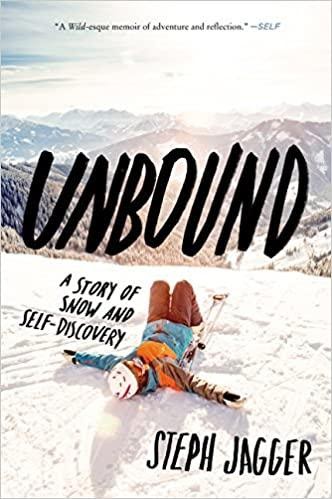 A gut-wrenchingly honest tale of how one woman navigated a giant swathe of unmapped terrain - both inside of herself and out. A Shapiro-esque memoir on motherhood. Just like its author, this book has staying power.

Steph Jagger, Author of Unbound: A Story of Snow & Self-Discovery

The harrowing drama at the center of Loving Large has been made beautiful and fascinating by Patti M. Hall’s ability to unfold the story with the pace of a medical thriller and infuse it with a soulful, aching heartbeat. Hall takes us into a world of hospital corridors and esoteric knowledge, to the literal and figurative waiting rooms occupied by the families thrown into a medical vortex they didn’t choose or imagine they would ever encounter. Punctuated with the sparkling, funny dialogue between mother and son (some of which made me laugh out loud), the story is sometimes one of isolation and sorrow as Hall races to find resources and answers for her son, often at the cost of her other relationships. Her journey raises questions of how we find solace, give and receive help, and barter with the universe when faced with impossible conditions. Hall, with utter frankness and grace, leads us to moments of illumination and even sanctuary, thanks to the magic of unrelenting love.

Maria Mutch, Author of Know The Night, When We Were Birds, Molly Falls To Earth 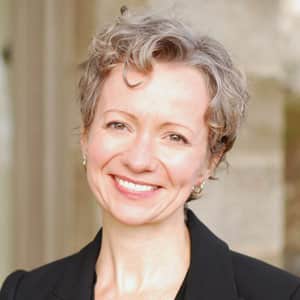 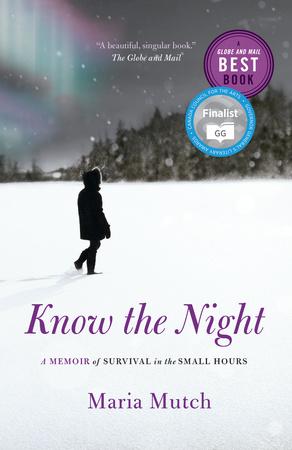 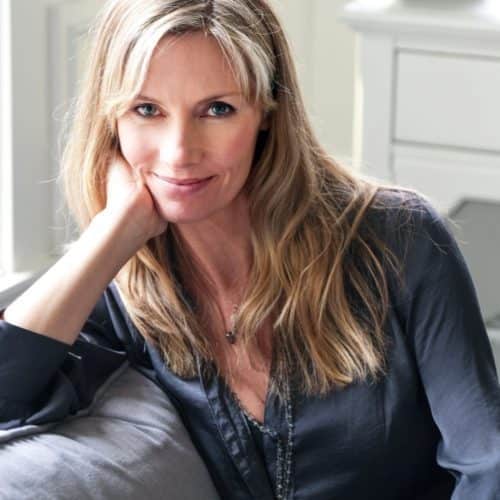 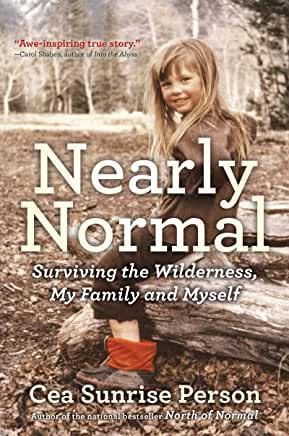 Loving Large takes the reader on an absorbing journey to a place that every parent fears, yet none truly believe they will ever have to go. Patti M. Hall inhabits the many roles her son’s health crisis demands of her in this intimate look at life with rare disease. The relationship between mother and son is equal parts engaging and hilarious, we are in the examining rooms with them, and holding our breath while they wait for good news. I felt myself relating to her both as a mother and as a writer in this beautifully written memoir that shows the limitless pull of the love we have for our children.

The story behind the story... 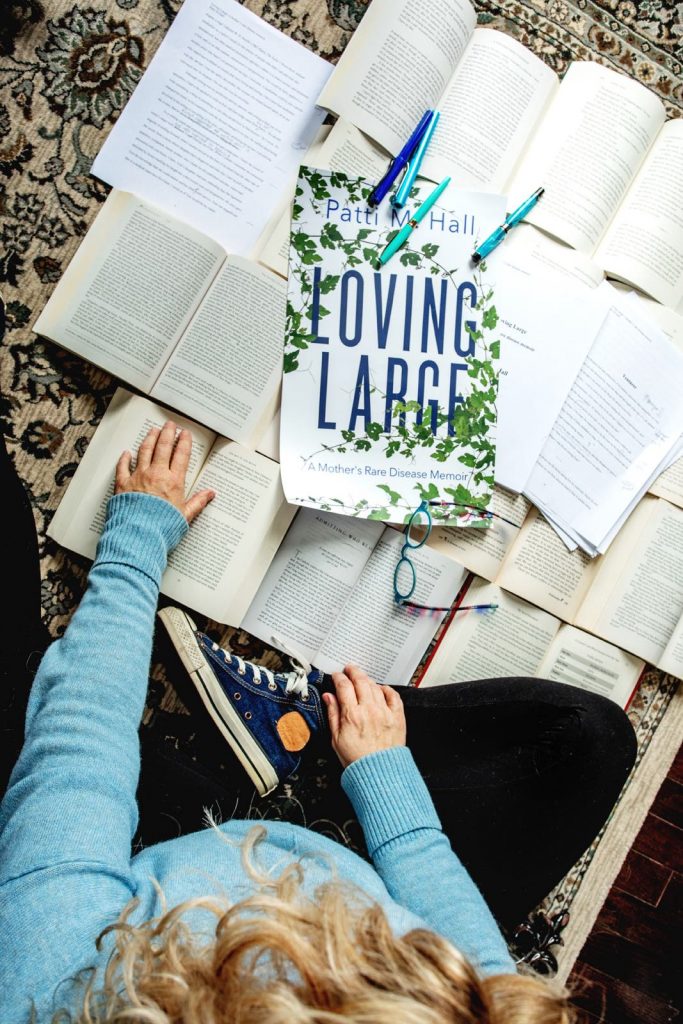 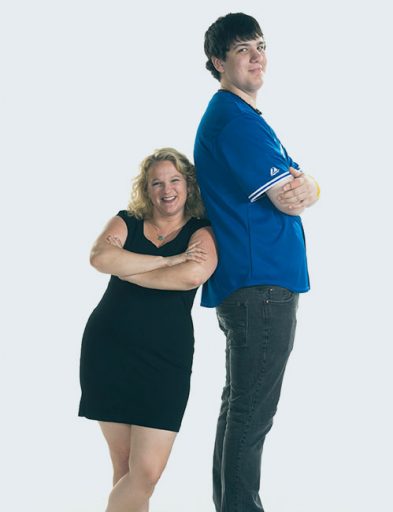 Neuroscience tells us that the human brain’s amygdala offers very few options when we are under threat: fight or flight and, some researchers argue, freeze. But there is another crisis response, equally primordial, available to the most selfless of wretches—parents of sick children. Endure is the universal stress response for parents of kids who experience seemingly unconnected symptoms that baffle the best doctors.

When a grenade went off in my life, in the form of a diagnosis I thought only existed in medieval folklore, all my previously used crisis responses were rendered absurd: Fight – a desperate parent of a chronically or critically ill child engaging with the medical system is like a mouse confronting an elephant; Flight – because we love them, perhaps even more because they have health challenges, running is out of the question, because that would mean abandoning our child to confront the unthinkable alone. If they cannot run, neither will we; Freeze – to stand still would be to waste critical time, which our invisible foe might use to overcome our vulnerable son or daughter and take him or her from us.

So, we endure, and pay the ultimate price: ourselves. Months and years pass as we cling to long-shot fourth and fifth opinions, experimental treatments and drug trials, putting our own lives on hold so that we can perpetually patrol the perimeter of our children’s lives. Meanwhile our marriages and closest relationships implode, careers bomb, finances crash, and self-care disappears altogether with our identity in tow.

I was already juggling all of the requisite responsibilities of your typical suburban Super Mom of two young teens when my job description got a lot more complicated. The roles of advocate, cheerleader, first responder, researcher, and others to come were foisted upon me by my son’s diagnosis with an uber rare disease, and the burden got so heavy that it broke me. I got my son what he needed, but I cracked open like the continental divide, leaving who I was in the Before irretrievably behind.

Fifteen million children suffer from rare, chronic, or incurable diseases in the United States. I’ve written Loving Large for their parents. Every mother and father of a child touched by such a disease might have a unique tale of the diagnostic and treatment odyssey, but the commonalities of our experience, our heartache, and our despair make this everyone’s story. 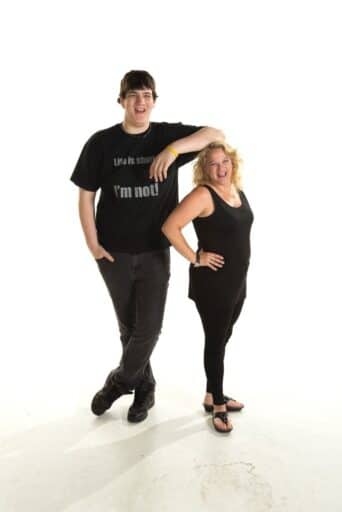 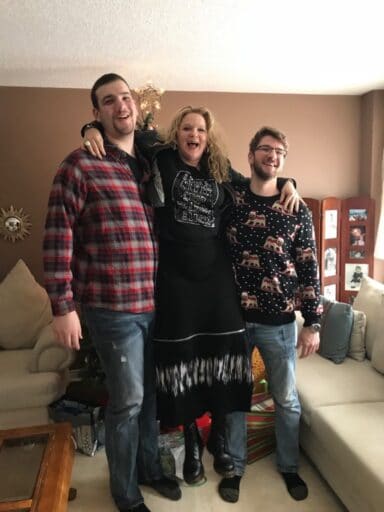 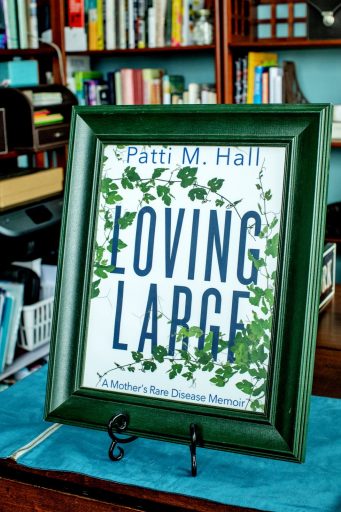 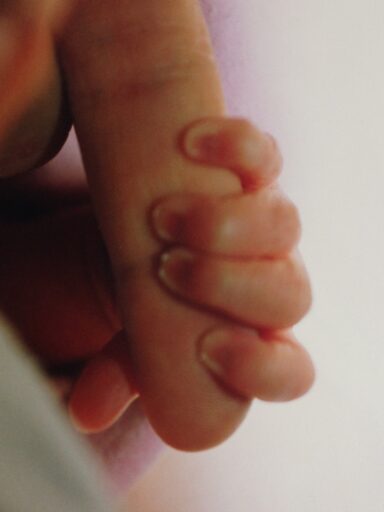 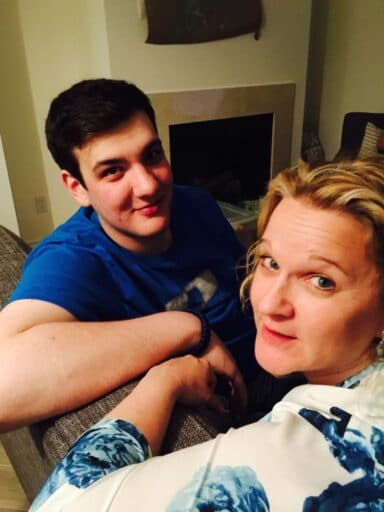 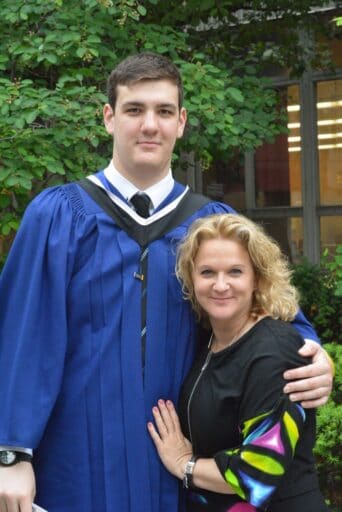 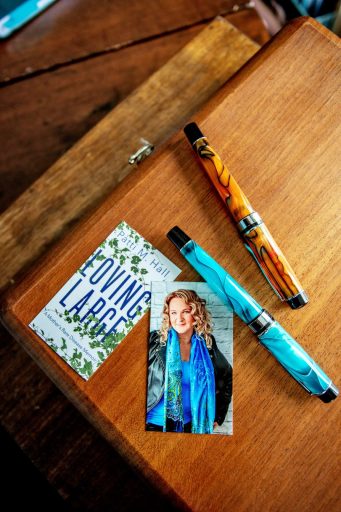 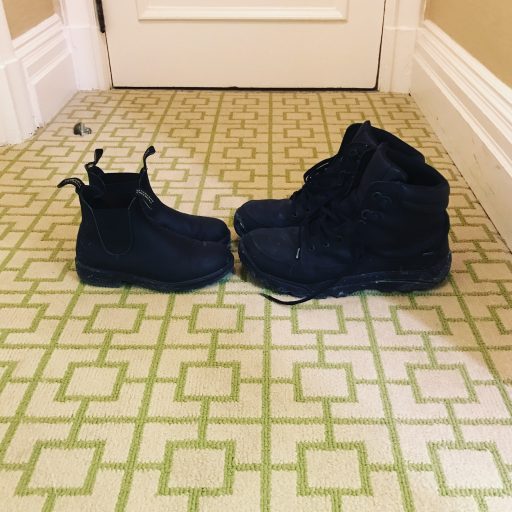 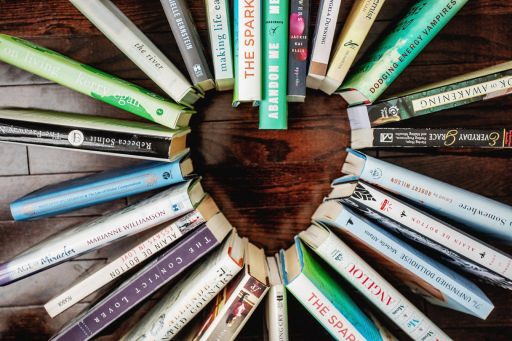 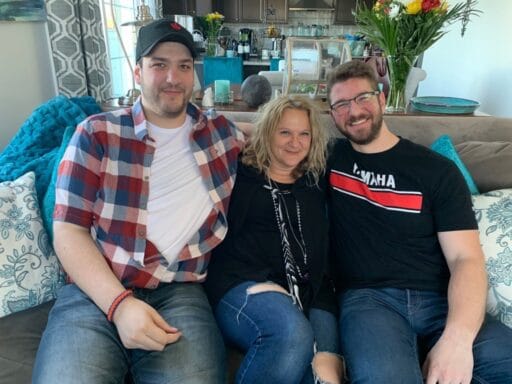 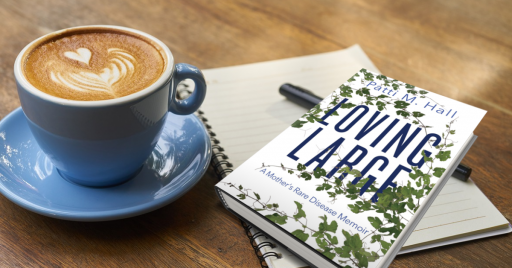 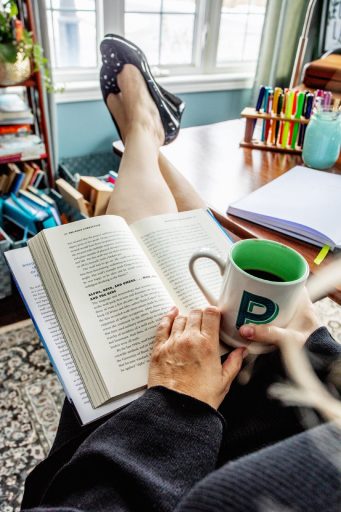 Releasing a book in the time of COVID-19

Clowning Around with Emma Stroud

Click image to get full resolution version, then choose Save Image As... to save to your computer. 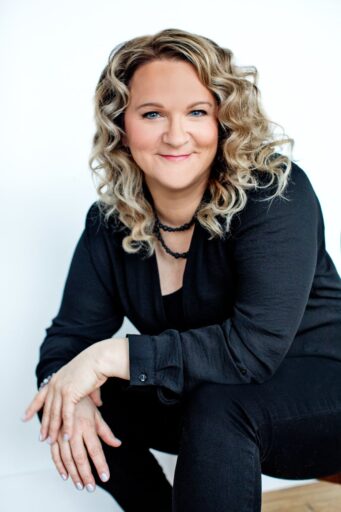 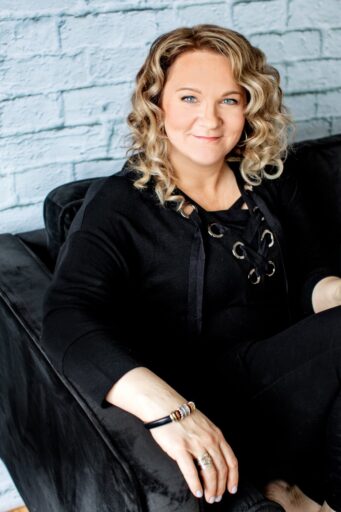 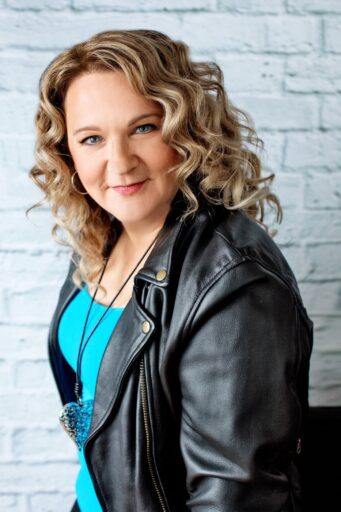 Email patti@pattimhall.com your mailing address and she will follow-up with a link to provide payment by credit card.

Get Updates & Inspiring Stories from Patti

Thanks for subscribing! Please check your inbox to confirm your email now.

Something went wrong. Please check your entries and try again.