I have a problem.

Mr. Webster and his logophiles (word-loving compadres) would define me thusly:

one who loves narrative composed of personal experience to excess.

One of the reasons I love the memoir genre, is that memoirs are an unself-conscious dive down the proverbial rabbit hole into incredible realizations.

They reflect both experience, and years of self-reflection about what has contributed most to who we are in the time of writing. I say unself-conscious because by the time a writer has gotten to the publication stage of a memoir, they have grown quite comfortable with the contents. They can’t afford to feel squeamish about the content anymore.

First of all, it can take years to write the manuscript.

Secondly, time has passed. It is rare that a book is written as the writer is experiencing its content. It is more common that writers choose to wait, and in fact, need to wait years for their fluidity with the experience and its meaning to distill into text. Cheryl Strayed’s Wild comes to mind as an example. The clarity of a book’s pithy conclusions is the result of time, (and a ton of hard work), which I appreciate as a voracious reader and memoiraholic.

Another common feature of the writing process for memoir writers is the worry that they will never feel comfortable including content that could offend people; perhaps their stories uncover family secrets for the first time or their book assigns blame, controversially. The Fact of A Body by Alexandria Marzano-Lesnevich is a must-read because of how the author successfully wrestles the notion of blame to the page.

Maybe this is why you haven’t started your book—you don’t want the telling of your story to hurt anyone, or you just haven’t found the courage you think you need, yet.  Not yet.

But you will. Stories have a way of fighting for air, pressing themselves to the page. This is true of my memoir, tentatively titled Our Own Forever, about the tumult in my life and my response when my son was diagnosed with an uber-rare disease. I recently undertook a complete rewrite of my manuscript. I had drafted its former version, all 100,000 words of it in 2014, but late last year I realized that its conclusions weren’t accurate anymore. There was more to say. I wasn’t that woman, or that writer now, even that I’d been just three years ago. So I started again, because the story demanded it of me. Sure, I considered giving it up. Many people put the book in the box and are content to let it languish. But my story, my memoir that reveals all of the roles I took on in addition to being Patti, and being Mom, in order to save my child, needed to get out in the world. It needed to help other parents with critically and chronically-ill children feel less alone. It wouldn’t stop percolating through me, even though I tried putting other projects in front of it. My memoir fought hard to be noticed, it tugged at my soul, peeling away paint from the blackened window I’d stored it behind.

[NOTE: Loving Large: A Mother’s Rare Disease Memoir will be released April, 2020 and can be ordered here:]

Recently I realized that rewriting my memoir has been an unwitting act of self-kindness. You see, I’ve witnessed myself living these years, in as much as any of us has self-awareness in hospital visits, parenting, grieving, and dealing with divorce, depression and decision-making. (Or so I thought.) But I hadn’t really appreciated, with compassion, the person I’d become in the After, until I saw myself in the freshly written pages. I hadn’t realized that fear had been forcing my hand in life choices. I hadn’t seen that I was unwilling to trust that a safe future awaited my two children. I learned that I was keeping myself small, living below the radar, because I felt disaster might discover me again and in my newly assumed role as Crisis Mom, I thought I deserved its wrath.

The woman I am now can never be who she was Before my son’s diagnosis. I cannot go back. Neither can he. Had the events of the last eight years not occurred just as they did, neither my son nor I would be who we are. I can celebrate and unconditionally love the young man he has become—why wasn’t I embracing the Patti I’d become in the same way?

Because I hadn’t written it yet.

I write in order to know who I am. The kindest thing I could have done was write in my now voice, as my now Patti—the me in the After. So I started over.

There are riches in our histories, pain speckles our story but it needn’t define us entirely. There are blissful moments within loss, and heart-rending gifts abound while sitting bedside with a sick child. The phoenix does rise.

Kindness to ourselves is about compassion directed inward. I needed to integrate the advocate, researcher, scrub nurse, and cheerleader I became while on the medical odyssey with me, in order to know better the woman and the writer I am now. That took time. I needed to take the time and the book made sure I did.

Kindness is a muscle, once discovered, it benefits from use. So I will rewrite this memoir, and the rewrite my other book this year too, using the voice of the writer who has learned the value of the richness of all experience, the tragic and the joyous. Done well, my future readers will go down the rabbit hole of discovery with me in the pages of my life. 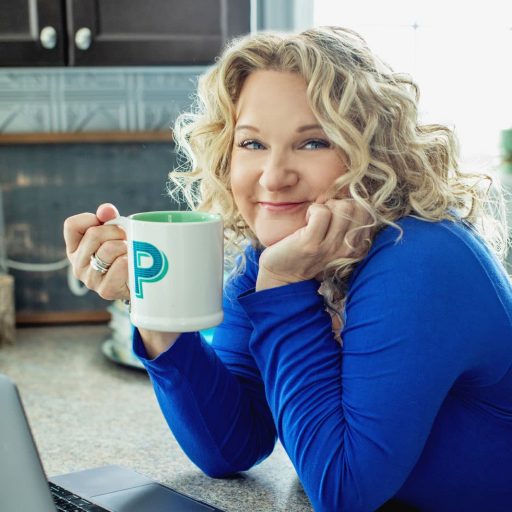